CtrlServers.com, provides web hosting to a large number of clients. We strive to meet the needs of every client and provide the best service possible. Certain guidelines have been set for use of our services. If you have subscribed to any one of our web hosting plans, following terms are applicable on you: 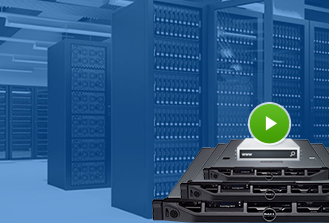 1.3. Ordering a selected service through the order form in the CtrlServers.com website is an element of signing a contract between CtrlServers and the Subscriber, and constitutes an acceptance of present Terms of Service and a commitment to adhere to them. Upon signing the contract, the person performing the registration procedure becomes a Subscriber. Any complaints claiming ignorance of these Terms will not be taken into consideration.

II. USE OF SERVERS

2.1. The Subscriber is fully and solely responsible for his content stored on the servers used by him and made available to him by CtrlServers. All services provided by CtrlServers may be used for lawful purposes only, which excludes, but is not limited to: copyrighted material, material we judge to be threatening or obscene or material protected by trade secret and unsolicited email (spam) and invasion of privacy. All pornographic content is prohibited on CtrlServers servers. CtrlServers will be the sole arbiter in determining violation of this provision.

2.2. CtrlServers reserves the right to remove from the server uncertain software, especially units of Shell and IRC services, if they, directly or indirectly, may bring damage to CtrlServers or its other subscribers, or if there is only a presumption that such software might cause damage.

2.4. The Subscriber is obliged to protect his access password and undertakes not to attempt to crack other subscribers' access passwords or to be detrimental in another way to other users.

2.5.Wherever the Terms of Service set a limit on the data transfer or capacity, the Subscriber pays for exceeding such limit or moves to a higher package. The data transfer limit from a given month cannot be utilized in the next month.

2.6.The Subscriber is liable for damages caused by his non-observance of these Terms of Service and by his illegal activities on the Internet.

III. CONCLUSION AND EXTENSION OF AGREEMENT

3.1. Internet services agreement is concluded by completing and sending the online order form, by its confirmation by CtrlServers and by payment for the service by the Subscriber. CtrlServers reserves the right to refuse to accept an order, among others due to previous misconduct or lack of creditworthiness. Provisioning time of servers is subject to availability of hardware and to demand for the servers.

3.2.The contract of service subscription is concluded for a period defined in the online order form and is automatically extended with an implicit consent for each successive billable period thereafter at the then applicable prevailing rates and charges, unless written notice of cancellation is received from Subscriber at least 21 days prior to the beginning of the next billable period.

3.3. In the case of ordering services in a way other than by an online order form, terms and conditions set in such other service purchase order apply.

3.4. Each party can terminate the present contract at least 21 days before the beginning of the next billable period.

3.5.Notwithstanding the above ruling CtrlServers reserves the right to
a) terminate the contract and to switch off the server in the case of non-payment within the deadline for the extension of the server for new period,
b) refuse, suspend or cancel any account, at any time, without notice, for any reason CtrlServers considers appropriate in the light of violation of present Terms, especially of its par 2.1. The Subscriber agrees that CtrlServers may not be held liable for any decision to so refuse to provide service.

3.6. CtrlServers is not obliged to refund the service fee if the contract has been terminated due to the Subscriber's fault prior to the expiry of the service period.

3.7. At the end of the contract, whatever its reason, the Subscriber must discontinue immediately to use the server and make a backup of its data. CtrlServers cannot be in any way held liable for the loss of data of the Subscriber.

4.1. Payments for subscribed services are made by the Subscriber in advance. The payments can only be made in amounts and for periods published on the www.CtrlServers.com website.

4.2. The subscription fee is a payment for using a virtual server account or a dedicated server, VPS or colocation in the CtrlServers network and does not cover such services as Internet access, software configuration or creating a webpage.

4.4. CtrlServers can issue and dispatch the invoice in electronic form under a secure electronic signature in the meaning of art. 3, point 2 of the Act on Electronic Signature of 18 IX 2001 (Journal of Laws Nr 130, pos 1460 with latter additions) verified by a valid , qualified certificate issued by Sigillum - Polish Mint SA.

4.5. Payment for the extension of subscription must reach CtrlServers before the beginning of the subsequent billing period. If payment is not received by that date, CtrlServers has a right to terminate the contract and to switch off the server.

4.6. CtrlServers does not bear any responsibility for payment delays caused by third parties such as banks, post offices, etc.

4.7. CtrlServers is entitled to increase any of the Service Charges one (1) time per calendar year, with: (a) six percent (6%); or - if higher - (b) the HICP for the previous year. The increase will apply with effect from the first (1 st) of January, unless stipulated otherwise by CtrlServers in its notification to Customer. In the event that the increase of the Service Charges takes effect within twelve (12) months of the Effective Date, the increase will be pro-rated on the basis of the number of months that have passed since the Effective Date.

4.8. Termination of contract does not acquit the Subscriber from paying to CtrlServers the amounts due.

4.9. CtrlServers charges Euro 39 for settling arrears and eventually for reinstallation of the server.

V. LIABILITY AND LIMITATION OF LIABILITY OF CTRLSERVERS

5.1. CtrlServers undertakes to provide a 98,5% server uptime as an average over a year. In the period of a year, 1% of time in the year average may be allocated to maintenance. CtrlServers will compensate the Subscriber for a possible proven lack of continuity in delivering services lasting longer than 24 hours due to Exporter's fault by extending the period of provision of service by double the period of non-activity of the account, unless the breakdown was caused by the breakdown or impropriate functioning of telecommunication cables or digital links which are beyond control of CtrlServers.

5.2. Except as set forth above, service is provided on an "AS IS" and "AS AVAILABLE" basis and CtrlServers excludes and Subscriber hereby waives all other representations and warranties, express or implied, arising by operation of law or otherwise, including but not limited to, implied warranties of merchantability, fitness for a particular purpose, non-infringement and title, as well as any warranties arising from a course of dealing, usage or trade practice, provider does not warrant or guaranty that the service will operate without fault, error or interruption. Neither party shall be liable for any indirect, incidental, special, consequential or punitive damages (including but not limited to, damages for lost profits, lost revenues, lost opportunity to develop business, lost expected savings, whether caused by the acts or omissions of a party's employees or representatives, culpable negligence, or willful misconduct regardless of whether such party has been informed of the likelihood of such damages. The liability of provider for damages arising out of the furnishing of service or any other matter hereunder, including but not limited to mistakes, omissions, interruptions, delays, tortuous conduct, errors or other defects, representations, use of service or arising out of the failure to furnish service, whether caused by acts of commission or omission, (including Subscriber hardware or software failures or any other damage occurring after the provision of the service) shall be limited to the extension of provision of service as set forth above . IN NO EVENT SHALL CTRLSERVERS CUMULATED LIABILITY EXCEED THE PAYMENTS MADE BY SUBSCRIBER TO CTRLSERVERS IN THE GIVEN MONTH

5.3. Neither party shall be liable for any default or delay in the performance of any of its obligations under this Agreement (other than failure to make payments due hereunder) if such default or delay is caused, directly or indirectly, by forces beyond such party's reasonable control ("force majeure" event), including, without limitation, fire, flood, acts of God, electricity cuts longer that 48 hours, labor disputes, legal acts, accidents, interruptions of transportation or communications, supply shortages or the failure of any third party to perform any commitment relative to the production or delivery of any equipment or material required for a party to perform its obligations under this Agreement.

5.5. CtrlServers is not liable for damages caused by the Subscriber, notably, but not limited to incorrect use of service, loss of password, provision of inaccurate and incomplete information

6.1 Any Dispute via Paypal or any other merchant, the customer agrees to pay an administrative fee of 50.00 EUR per dispute.

6.3 CtrlServers.com has the right to charge an administration fee to any user violating the terms. This can include the release or unsuspension of any files. There will be no warning given if a user violates any strict terms.

7.1.These Terms of Service and changes to them take effect at the moment they are published on the website www.CtrlServers.com

7.3. Should any one or more provisions of this agreement be found to be invalid, illegal or unenforceable for any reason, such finding shall not affect or invalidate any other provision hereof.

7.4.These Terms of Service shall be governed by and construed by the laws of India and any disputes shall be exclusively resolved within the jurisdiction of the courts of the India.

Since 2011, CtrlServers has experience in providing affordable dedicated servers for varying capacities. We offer hosting solutions for personal requirements as well as large businesses across Asia and Europe.